Easy online tool to find your MP or councillor

The following article is reproduced with the kind permission of GroundUp. The original article can be found here.

Website helps you to hold your elected representatives accountable 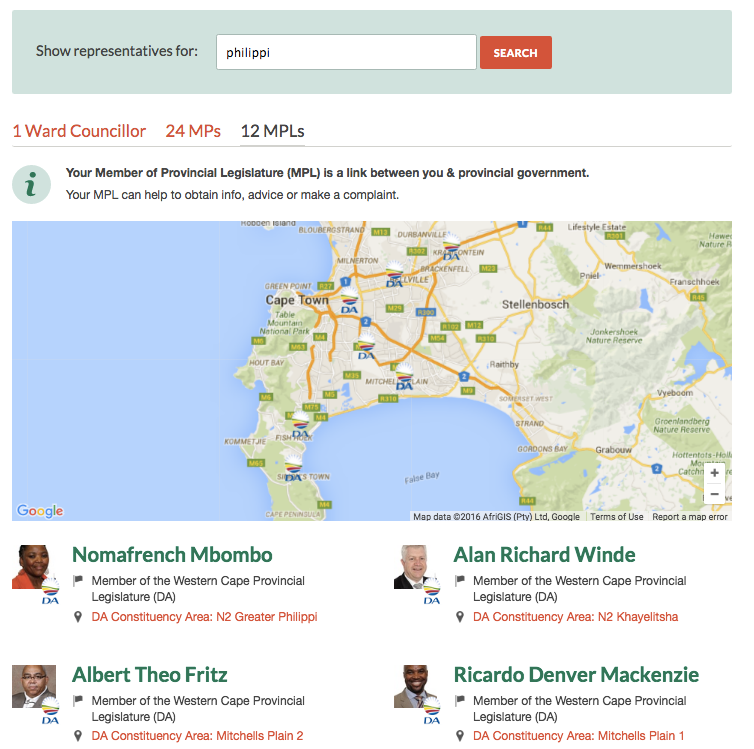 Do you know who your local Member of Parliament (MP) or your ward councillor is? Do you know what they do and how to contact them? Many South Africans don’t.

In fact, there is a growing disconnect between citizens and their representatives, meaning that if citizens are facing problems in their community – for example, around housing, water, electricity or crime, they don’t always know where to turn.

The People’s Assembly website, which is also easily accessible via your mobile phone, now solves that problem. The easy-to-use site allows you to find out who your MP or Ward Councillor is, where your nearest constituency office is located, and provide feedback on whether your constituency office is actually working well.  This means that you can easily contact your local representative in order to report your concerns and problems. The website includes information on representatives for all three levels of government: national, provincial and local government. 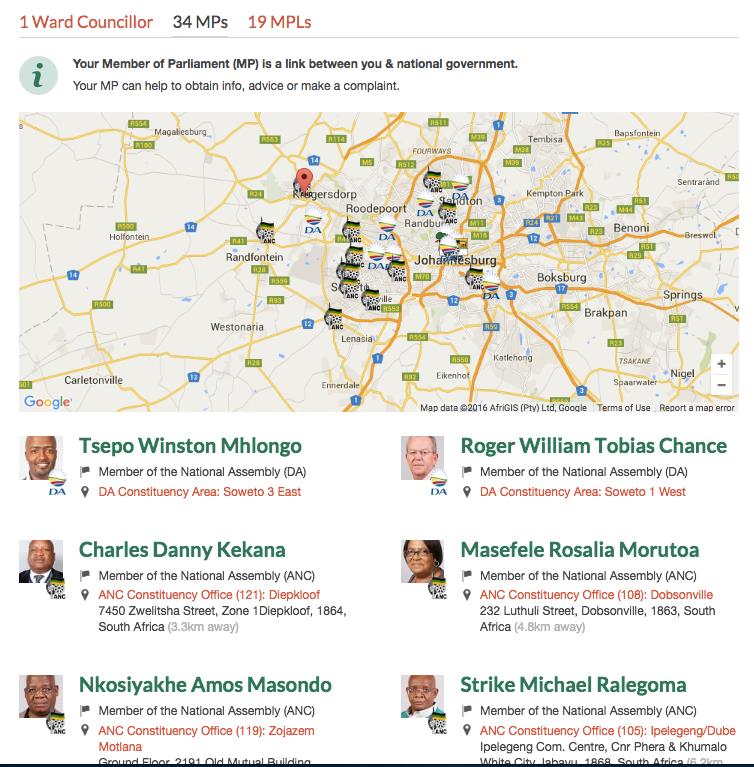 The People’s Assembly website also shows you what each Member of Parliament has been saying in Parliament, and whether they have been attending meetings that they are supposed to attend, in order to help you resolve your problems.

Explaining the new MP committee attendance tool, Fullard says that “The new tool caused quite a jolt to Parliament – we have since been contacted not only by the Parliament’s Chair of Chairpersons and Office of the President, but also by MPs themselves. The MPs are not used to being monitored as individuals. Each MP has a growing profile, showing their activity and their comments in Parliament. We believe that this must surely raise the bar on MP performance.  Note that we have had to include only the three largest parties, since the small parties cannot fairly attend all committee meetings.”

A survey of the People’s Assembly conducted late last year has also shown who is using the site, and what they had to say about it. 60% of the survey respondents identified themselves as Black African and 46% were under the age of 35. 97% of users said they would use the website again, and 44% of responders said that seeing this information about their MP helps them to hold them to account in full, while 48% of responders said that such information enables them to hold MPs to account in part.

For more information, and to find your local MP or councillor, visit  this site. 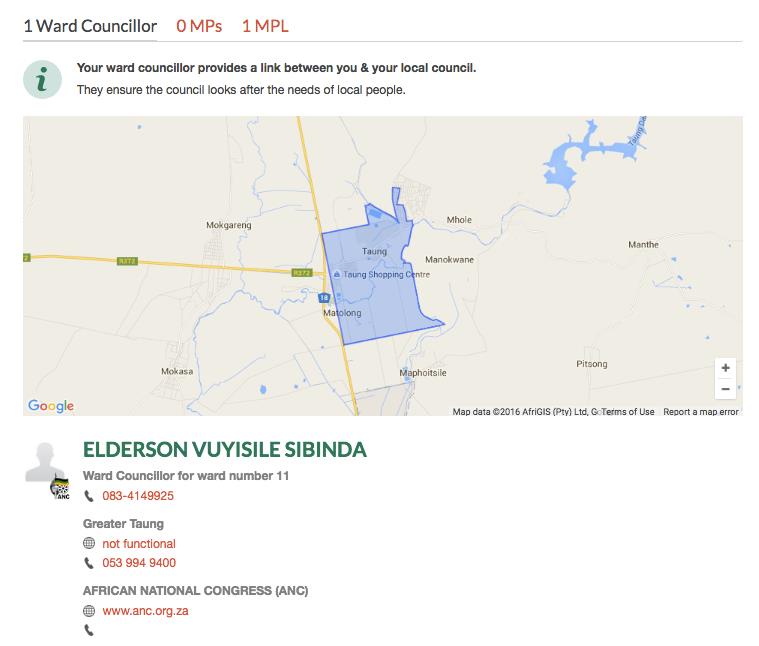