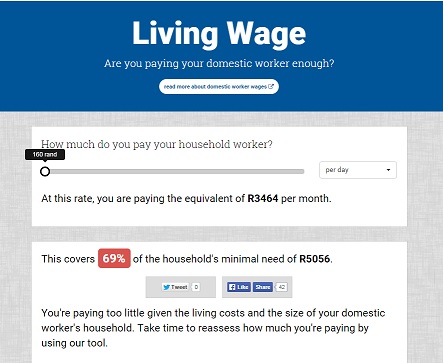 It’s rare to come across a gem like Code4SA, a Cape Town based organisation which uses data and technology to change lives.  They combine strong developer skills with an impressive ability to bring together all the right people-technologists, civil society, journalists and other key stakeholders to tackle issues around social justice.  They generate part of their budget independently through consultancy and have published their work in the national press over a dozen times, often with front page leads.

Such strong organisations are hard to find so as well as providing them with £30,000 of core funding this year, we’re piloting a few innovative interventions with them, in the hope that some of these may be replicable (with adaptations) in other parts of Africa and beyond.

First on the list is a project which aims at tackling corporate corruption and is being supported with a separate £3,000 grant.  Corruption has a real impact on poverty globally.  Illicit financial flows including corruption, bribery, theft and tax evasion cost developing countries $1.26 trillion a year-an amount which could lift the 1.4 billion people living on less than $1.25 a day above this threshold for at least six years.  With all the focus on holding politicians to account, its easy to forget the part that corporations play.

Code4SA will be using one of our grants to liberate and digitise corporate data.  It will then work with several social organisations and journalists to run real campaigns which aim to expose and/or tackle corporate corruption in some way. 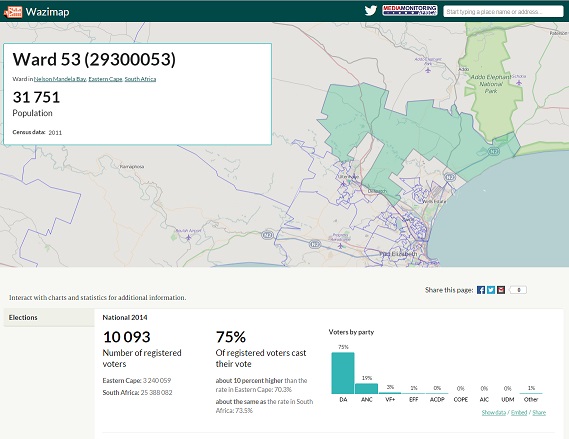 Code4SA are also launching a data journalism school (accompanied by a £10,000 grant) which will work closely with civil society and other groups to explore how data can be utilised to report on issues relating to social justice.  It will train journalists to transform dry data into multimedia content which can be used by media agencies to speak about social issues. Some of our support will give them the capacity to work closely with our grantees and other social change organisations to explore how they can raise awareness and public interest in some of the issues they’re addressing.

After a successful first year, we’re also funding Code4SA to support 3 School of Data fellowships in partnership with Open Knowledge for a second time.   These fellows will work closely with charities or within a government municipality, helping them to explore how they can utilise data to deliver services more effectively/efficiently or advocate for positive social change.

We’re excited to see how these interventions progress and will most definitely be sharing some of the models and best practice with you at a later date.