A Review of the Year in Grants 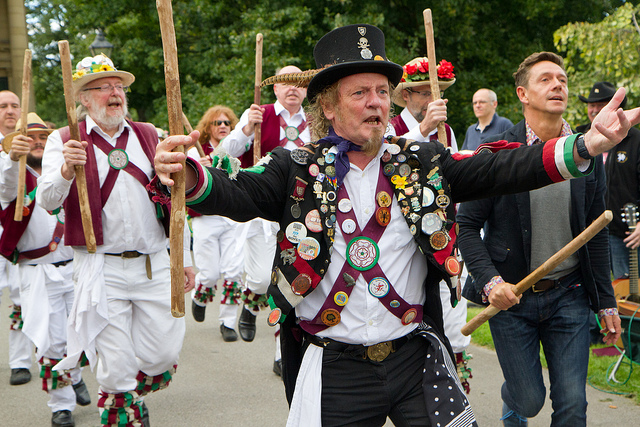 The UK is no stranger to bizarre rituals and arcane institutions (see cheese rolling, Morris dancing and swan upping) and the British tax year is no exception. Because of a decision made back in 1752, our accounting year runs from 5 April. So, as we’re now a couple of weeks into a new financial year I thought it would be a good chance to take a look back at the grants we awarded in the last tax year (2014-15). You could wait for the publication of our annual report to the Charity Commission, but given that we believe in the value of timely data and commit to publishing details of everything we do as soon as possible, what’s the point?

I’ve tried to extract the following insights using Indigo’s 360 Degree Giving data alone. If you don’t believe me, you can just head over to our 360 feed and do some fact checking. A little manual work on the data has been necessary, however, due to some problems with the way 360 handles geographical information. For country information, the standard relies on two-letter country codes, but much of our work is for organisations working across Africa or even internationally. To ensure that this is reflected accurately, I have re-designated some of the geographical information as ‘Africa-wide’. With that in mind, here goes… 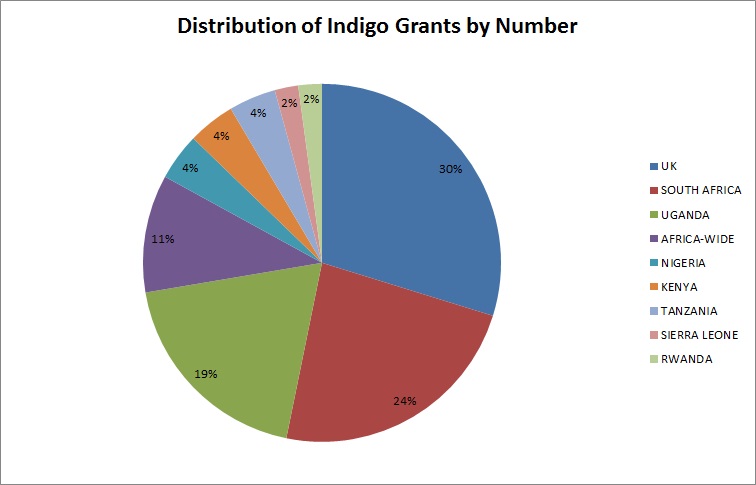 • By value, however, the UK accounted for just 20% of all grants made. This was for our 360 work and small local programme.
• One quarter of our funding was aimed at projects working across multiple countries across Africa. Examples include our grants to the Joint Hub Fund, Publish What You Fund and Translators without Borders.
• The single African country accounting for more of our spending than any other was South Africa. Almost a quarter of our funding was intended to benefit South African programmes and organisations. 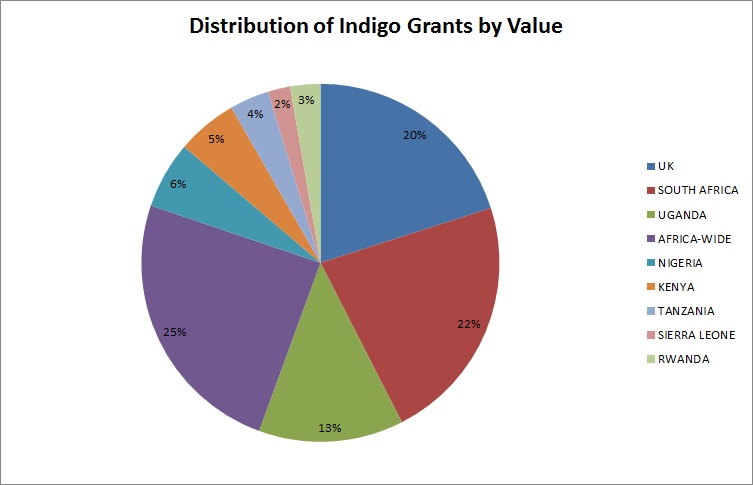 • Just over 40% of all grants awarded by number went to transparency and accountability work. 15%, meanwhile, was earmarked for organisations working on 360 Degree Giving. 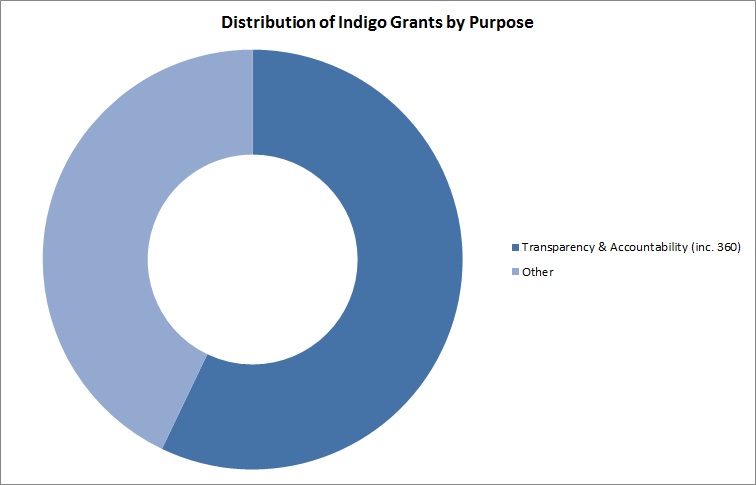 These are just a few top-level facts and figures, but hopefully they provide some idea of the scope and focus of our work. There is, of course, plenty more that could be said about individual grants and organisations we have worked with, but I’ll leave that for a future post.

P.S. Apologies for the Excel graphs – I’m clearly not a data viz expert, so am just hoping that the Windows XP-feel of Excel’s built-in graphs and charts will be back in fashion soon.