Following on from Loren’s previous post about the pre-election events she helped organise in South Africa, here’s some more infromation kindly supplied by event co-organiser Siyabonga:

Digital democracy activists at Code4SA have teamed up with UK NGO the Indigo Trust to bring several new suites of online tools to South Africa which will help citizens and journalists alike keep tabs on what’s going on in parliament and politics around the country as well as pitch questions to government in the future.

“What is data journalism?” Norwood-Young asked, “It’s journalism in which data is the primary source, which we can ask questions of the same as we would any other source.”

As part of the build-up to the general elections next month, Code4SA’s Jason Norwood-Young presented a two-hour long demonstration of the organisation’s work to Hacks/Hackers Johannesburg, at a recent meet-up at Jozihub.

Norwood-Young began by explaining the background of Code4SA and the resources it has in place for helping newsrooms develop data journalism skills. By way of example, he demonstrated several sites which already exist in South Africa but are little known or used. These included Code4SA projects such as wards.code4sa.org, an open data api that enables citizens to identify which voting district and wards they belong to. These in turn were used by the Mail & Guardian to create the Know Your Hood tool, which calls up previous voting patterns based on ward data.

As an example of other sources of open data which could be exploited by journalists or civic-minded hackers, Norwood-Young also highlighted the work of the Parliamentary Monitoring Group, which tracks the progress of bills through parliament and publishes audio files of committee meetings on a daily basis. The PMG, Norwood-Young says, often publishes ahead of the official parliamentary record provided by Hansard. 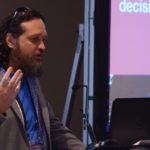 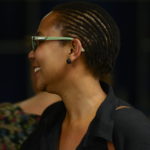 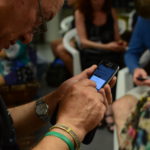 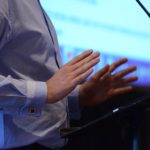 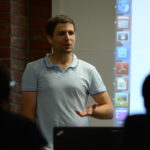 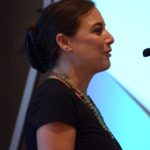 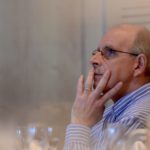 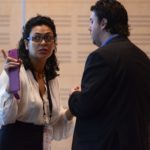 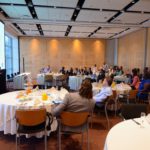 For the future, Norwood-Young explained that Code4SA and Indigo Trust plan to collaborate more closely with another UK organisation, MySociety. MySociety is a pioneer in the field of civic apps, and created the popular services Fax My MP and What Do They Know? in the early 2000s.

In South Africa, the first fruit of this relationship is the newly launched People’s Assembly, which aims to give citizens easy access to information about parliament and parliamentarians. The PA publishes guidelines on interacting with politicians and explains constitutional rights, as well as tools for navigating openly published records of parliamentary activities such as Hansard.

Perhaps the most significant new development, however, is the Open Democracy Advice Centre’s AskAfrica.info. Based on What Do They Know?, it provides a simple tool for filing a freedom of information request under the country’s Promotion of Access to Information Act to the relevant representative or department, and records both the progress of queries and responses received.

AskAfrica is a relatively new service, says Norwood-Young, but similar projects elsewhere in the world have provided valuable informational resources and helped to hold government to account.

One key pledge that Code4SA makes, which journalists should make use of, is that any data it processes will be published in an open format. Because of this, it is able to make datasets like the IEC records for voter turnout and wards which are not openly available at the source useful for newsrooms in the future. Interested newsrooms can contact Code4SA for training and workshops around data journalism.

You can read Code4Africa’s Storify of the press breakfast here.

And here is a link to siyafrica’s write up of the event.

Want to learn more? On 30 June-1 July, there will be an open data unconference in Cape Town. If you’d like to sign up and take part, you can do so here.