According to an IBM report released last week, Africa can beat the technology adoption gap.  The report concludes that the opportunities presented by ICT for development and for growth remain attainable for the fast-moving African ICT sector and beyond.  Crucially, this is contingent on proper investment in ICT infrastructure.

It’s therefore good news that January has seen progress on this from both the ‘usual suspects’ and some of Africa’s more underdeveloped economies. Nigeria’s National Broadband Strategy, a plan to roll out broadband across the country by 2017 increasing broadband penetration fivefold, is well underway and expected to increase Nigeria’s GDP by 3%. President of South Africa, Jacob Zuma, has announced the introduction of free Wi-Fi areas across the country to improve inclusivity of the benefits to be gained from ICT, a scheme already planned for Rwanda.

Countries which have thus far been left behind by Africa’s ICT revolution, especially concentrated in Central Africa, are starting to make headway. Burundi, one of the world’s poorest countries, has launched plans to implement an ‘ICT backbone’ in the country. The President, Pierre Nkurunziza, has invited operators, ISPs and partner organisations and countries to support its plans to bring affordable, reliable ICT infrastructure to the country. In the troubled Central African Republic, the government hopes that development of an ICT backbone will allow the country to take advantage of opportunities for improved growth and stability. Both countries are identified in a new Informa Telecoms and Media report as standing to gain highly from ICT improvements, made possible in part by the World Bank’s Central African Backbone Project.

It is expected that the dividends of ICT will start to pay off from small and medium enterprises (SMEs) in 2014. According to industry analysts, technology levels are increasing fast across SMEs in Africa as entrepreneurs continue to work hard to keep up with advances in technology. Data published in January shows that app developers in Kenya are already seeing the financial pay-off of the app boom in the country. According to Nokia, app developers are making as much as $5000 USD a month through Windows app store sales. CNN has published a list of African start-ups to watch in 2014. We’re confident that it’s going to be another good year for new technology in Africa!

This potential continues to be the focus of efforts to overcome some of the region’s most important challenges. 2014 has already seen efforts to embrace the potential of ICT for agricultural development. Kenya’s Agribusiness for Innovation Incubator programme already calling for applications. The proven success of information spread through mobile phones in improving agricultural yields, as demonstrated by Indigo grantee iCow, is set to spread this year. Apposit, a Ethiopia-based technology firm currently piloting a scheme, has gained industry plaudits. 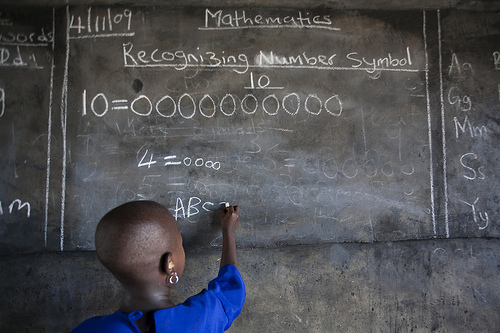 Education is another focus of ICT for development efforts. Nigeria and Rwanda have both kicked off 2014 with ICT initiatives to improve the educational advantage of girls. Kagame has identified that empowerment of girls is key to sustaining African economic growth with Rwanda rolling out an ICT mentorship programme for girls at the end of January. Nigeria’s WITIN (Women in Technology in Nigeria) project is set to boost ICT education for Nigerian girls. WITIN’s ‘Technovation Challenge’ is now underway with girls from across Nigeria invited to learn how to code, develop mobile apps, conduct market research, write business plans and create pitches for funding.

It is becoming increasing apparent that access to tertiary education must improve if the African workforce of the future is to be able to compete globally. Given limited university places and limited resources, eLearning is expected to be an important tool for achieving this goal. IT News Africa have published an interesting piece on the development of this sector in Africa off the back of the recent eLearning Africa Conference in Windhoek, Namibia. 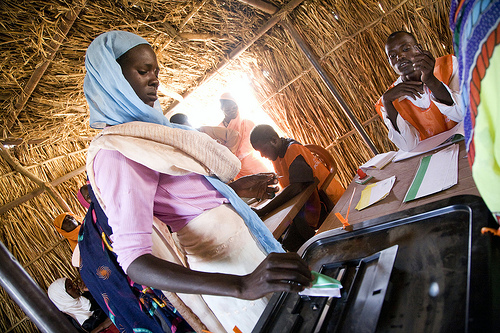 Indigo is particularly interested going into 2014 in the role of technology in improving political participation, transparency and accountability. Check out this feature on the effect of social media on African elections, looking back at the important 2013 elections in Kenya, Mali and Zimbabwe and discussing the possible consequences of social media on elections in South Africa. In other social media news, President of Zambia, Michael Sata, has joined Facebook where he plans to directly connect with the people to explain his policies. In a country where politics is increasingly youth-led, this move has been welcomed.

Check back next month for another round-up of ICT4D news!